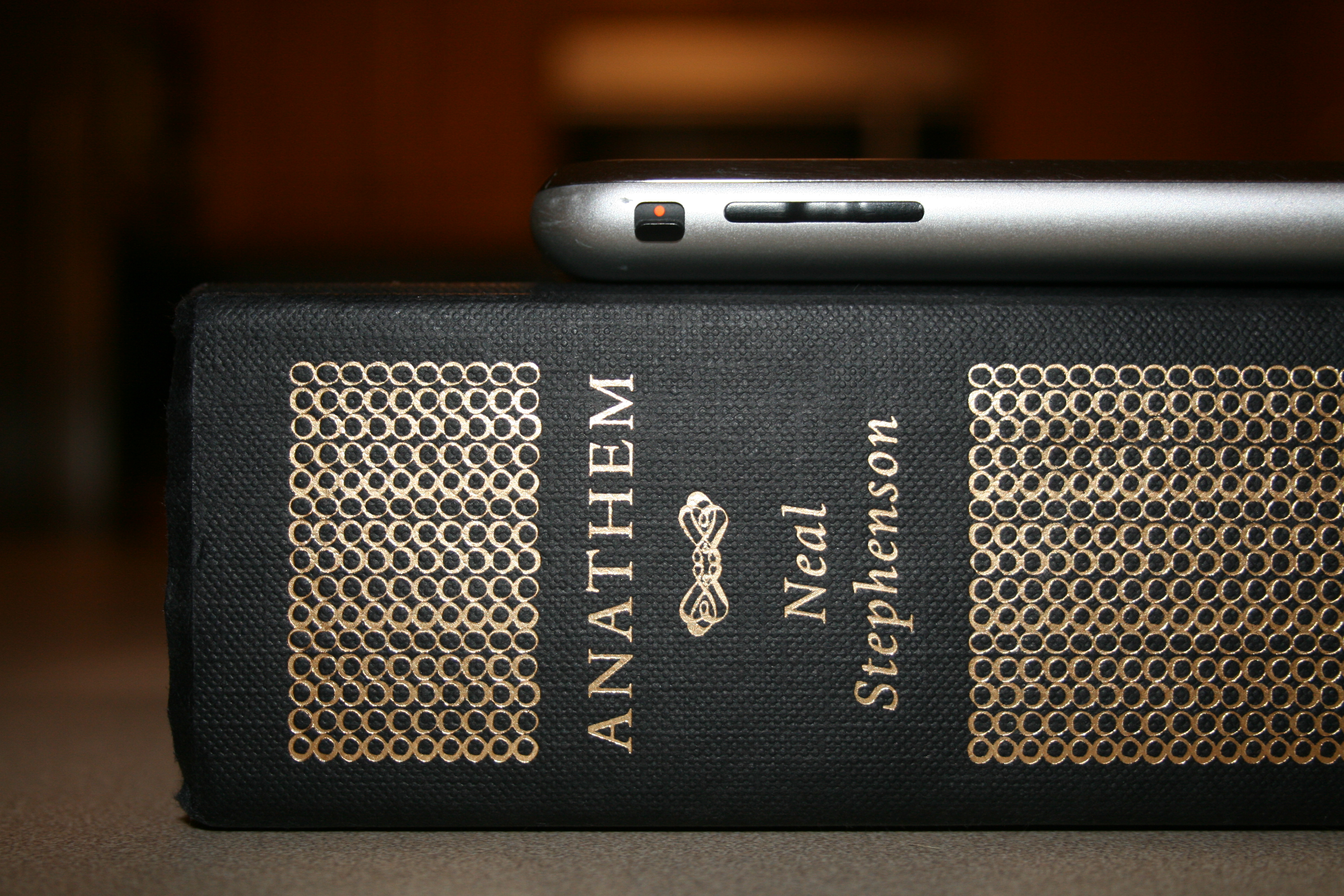 Tonight I decided to try reading a full-length book on my iPhone. I was about 20% of the way through Anathem, so I decided I would just continue it on the iPhone. I happened to have a 50% discount code in an email, so I bought the eReader version for $9.

So far, I’m really enjoying the experience. We’ll see how I feel when I’m done with the book, but I’m coming to understand that the iPhone and iPod Touch can now have the same shrinking effect on book libraries as the iPod has had on all our CD libraries. This may not have quite as big an effect on our personal lives as the iPod did since people tend to only read a small number of books simultaneously, but then again, no one used to carry 200 CDs worth of music with them everywhere either. Now, it seems every other pedestrian I pass on my way from the bus to the office has little white earbuds stuffed in their ears.

I’m not sure why, but in spite of the fact that I’ve seen this all before, I’m still amazed by the size contrast. Look at that photo. Anathem has been painful to shove in my backpack every day. It’s bigger than most Bibles. Anathem is about 900 pages long. Now it’s in my pocket and the font size hasn’t gotten any smaller.

I admit the Kindle has some advantages on the iPhone. More words per screen at the same font size would be one. The Kindle definitely doesn’t have a higher contrast ratio, text-to-background. I think the iPhone / iPod Touch’s biggest advantage is that it’s already in my pocket, thus making Anathem and all the other books I might purchase for the iPhone some day effectively weightless. It’s tough to beat that.